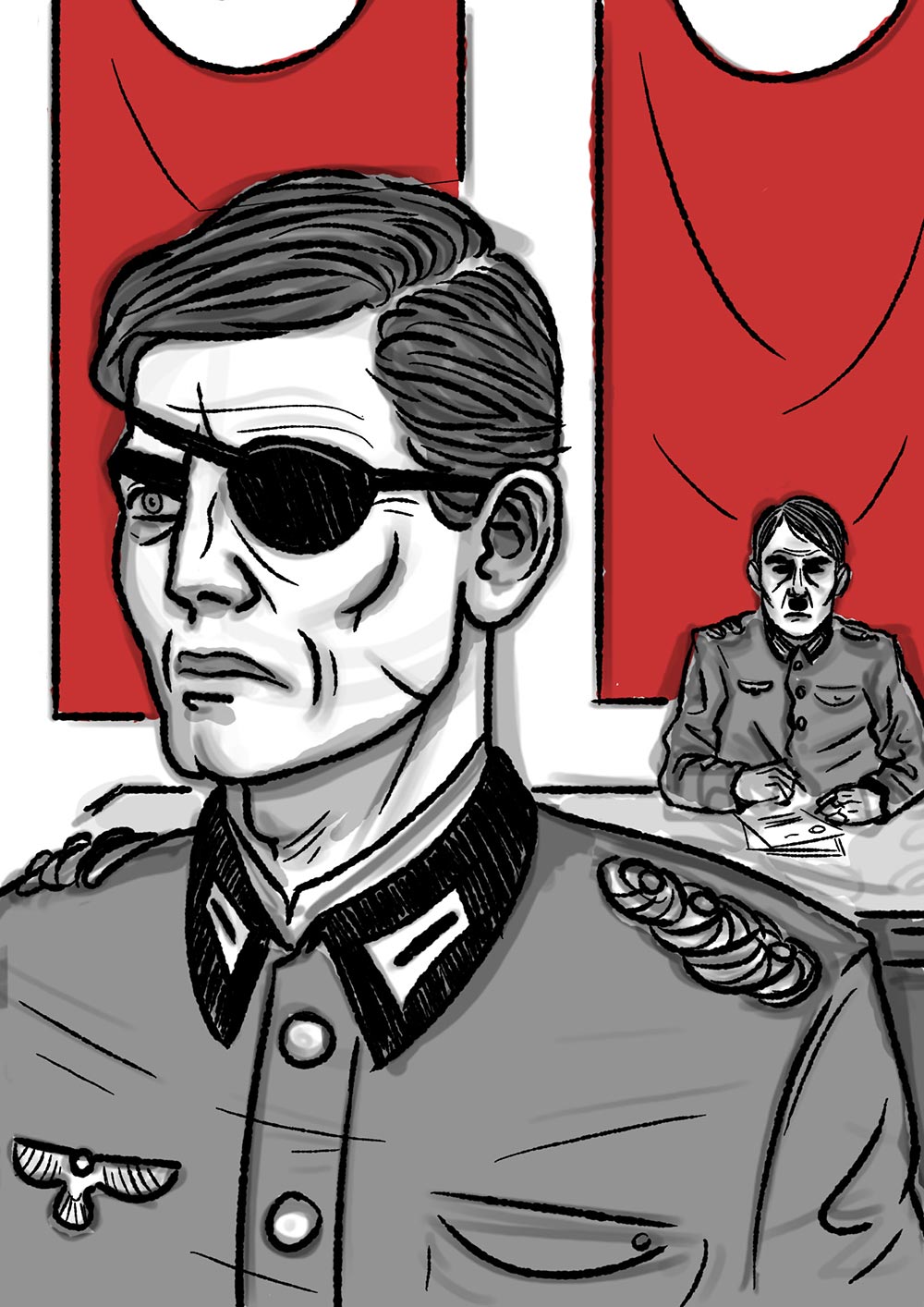 It was deadline day 20th July 1944 and on a grand wooden table lay a suitcase which had the words engraved, ‘Unternehmen Walküre’ which was German for ‘Operation Valkyrie’, it may have been the most important suitcase in history. If the plot was successful, it could bring an end to the war. 36 year old Claus von Stauffenberg had twenty minutes to get to his meeting with his generals. He fought for Nazi Germany in 1943 in Tunisia where he suffered injuries. He picked up the suitcase with his left hand, keeping all 3 fingers wrapped tightly around it. He briskly walked to his car carrying the vital case. The Berlin citizens gave Stauffenberg a long hard awing stare as he got into his car, wondering what had happened to his right arm, to his fingers on his left hand and to why he was wearing an eye patch over his left eye.

Claus strolled through the wooden double doors, and was saluted by soldiers guarding the doors who exclaimed, “Heil Hitler!” with their arms pointed to a 45 degree angle. Von Stauffenberg approved this by nodding his head at the two young, neatly looking guards. He almost felt sorry for these men because when the bombs go off, they were quite likely to be killed, but he couldn’t show any emotion in case this would raise suspicion. He passed Adolf Hitler and entered the toilet cubicle, with the case to set the bomb’s charges, his fingers trembling nervously and kept fumbling the equipment. A German guard told him the meeting was about to commence, but he only set one charge. Claus went back to the meeting room and placed the suitcase under the table, excused himself and strolled out and away from the building. The bomb exploded.