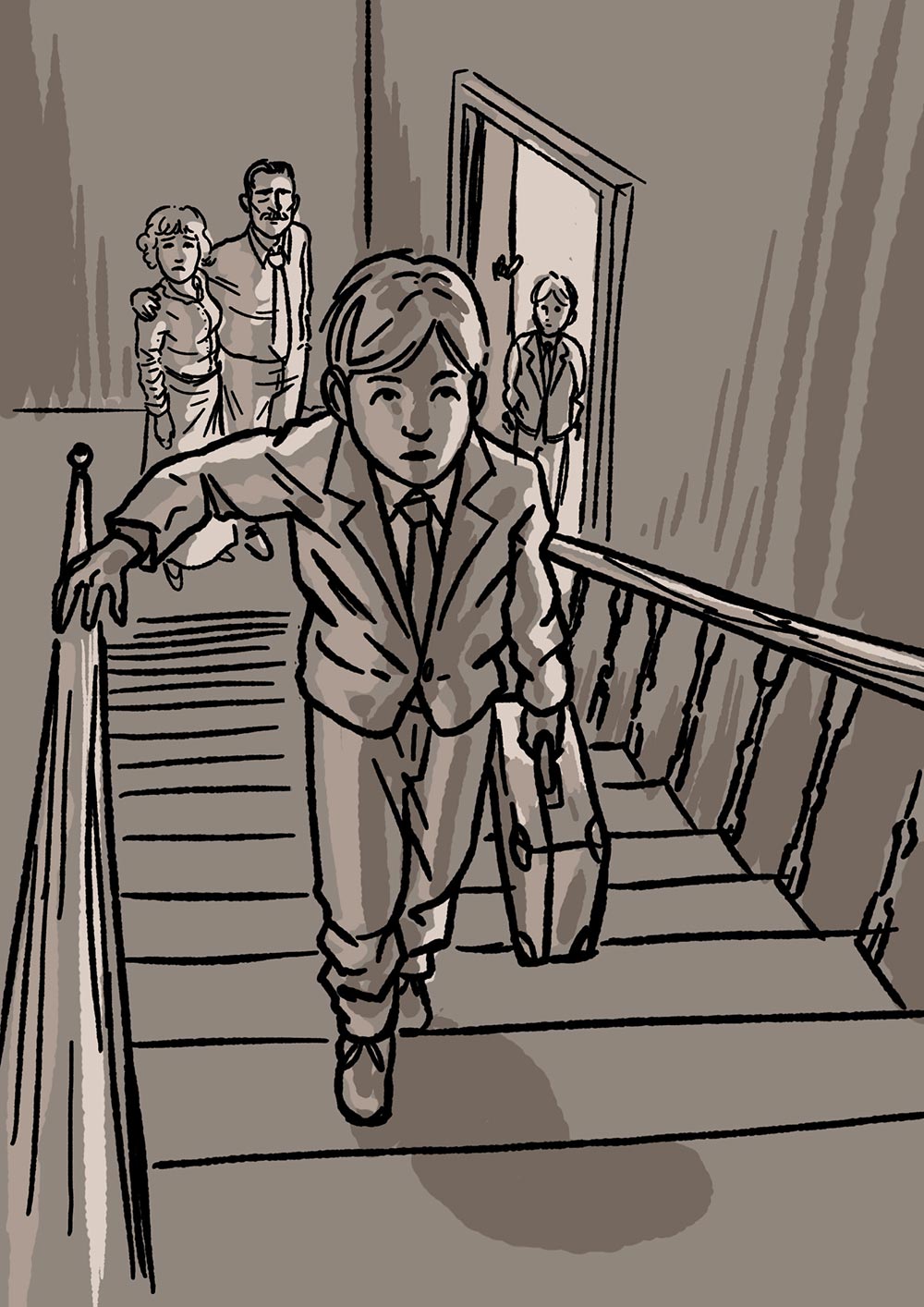 “Do I have to go?” Edward whimpered as another bomb crashed in a nearby house. “ I’m afraid you must,” Edwards mother said with shame in her voice. Edward wanted to stay with his mother even though he wished to get away from the bombs. Suddenly another bomb exploded so Edward hid in fright. Soon the time came for him to leave but as soon as he reached the door his mother cried. “ Wait you must take this.” Curiously, Edward turned and saw a dusty suite case. He carefully picked it up and plodded off weeping.

After a while Edward arrived at the house he was going to stay in. He was scared although he jumped out of the cart to the sight of the enormous country house. The grand house was as big as a giant! Nervously, Edward knocked on the door, it flung open and a tall man and a pretty lady stepped out. “ You must be Edward ClongerField what a pleasure.” they said together softly.

“Where are the bedrooms, I’m tired.” Edward whispered whilst he slowly tiptoed around. “ Just upstairs.” So Edward walked up the massive staircase. The rooms had wooden wardrobes that towered over you. “ Dinner Edward, sausages and baked beans.” The door creaked open and there stood the pretty lady wide eyed.

“So this suite case of yours, I like it, I'll buy it.” The man said loudly. “ I’m sorry but it’s not for auction.” Edward shouted. Edward and stomped upstairs.

“That suite case is something important and Edward doesn't need it.” Edward heard.

Years later it was the end of the war and Edward was home safely, he explained everything but his mother just said “ Oh really.” Edward was happy, he had his family.