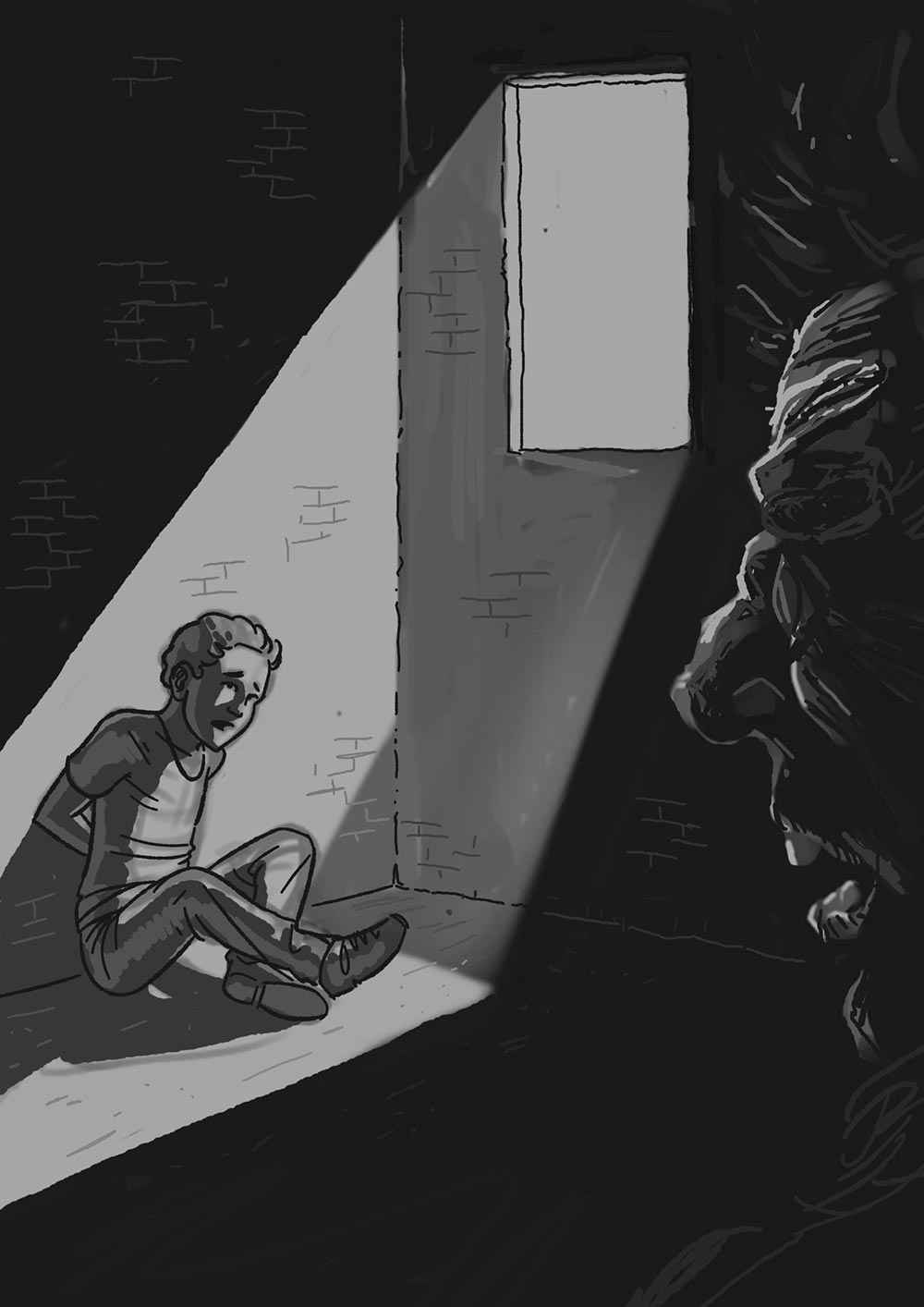 “I’ll get it!” shouted George as the post arrived at the door. George was ten: he had brown hair and was tall. As he picked up the post he saw a strange black suitcase on the floor. He ran into the house holding the package, “Dad!” George shouted, “What’s this?” George's mum looked at the package and said, “Oh, it’s not th-th-that, is it Tim?" Tim, George’s father, jumped up, took one look at the package and whispered, “Please don’t let it be that,” then he slowly started opening it. A hissing sound came from within the case and something exploded. “Out the house, NOW!” screamed dad as fire shot out the suitcase. George fainted.

When he woke up, George found he was in a dark room; he was handcuffed to a wall. He stammered into the darkness, “H-h-hello… a-a-anyone there?” His voice echoed around him.

“Yesssss,” hissed a voice, “I am Skarrn…, I am here. Now!” Skarrn shouted. “Where is the case?" Skarrn came into view, he was hideous. He had a broken nose and a grotesque scar over his forehead.

George stuttered, “Oh… i-i-in my h-h-house” Skarrn disappeared. “Help!!!” shouted George, “Anyone, help!!!” George saw a flicker in the corner of his eye; appeared on his handcuffs and they disintegrated. “You’re free…,” said a voice to his right, “But don’t meddle with my plans…” All George remembered after that was secretly following the man back to his house.

“Nooooo!” George screamed as soon as his house was in view. It was ablaze.

“I finally have it!” shouted a voice, George saw Skarrn slowly open the case. Suddenly, BOOM!!! Everything went black...