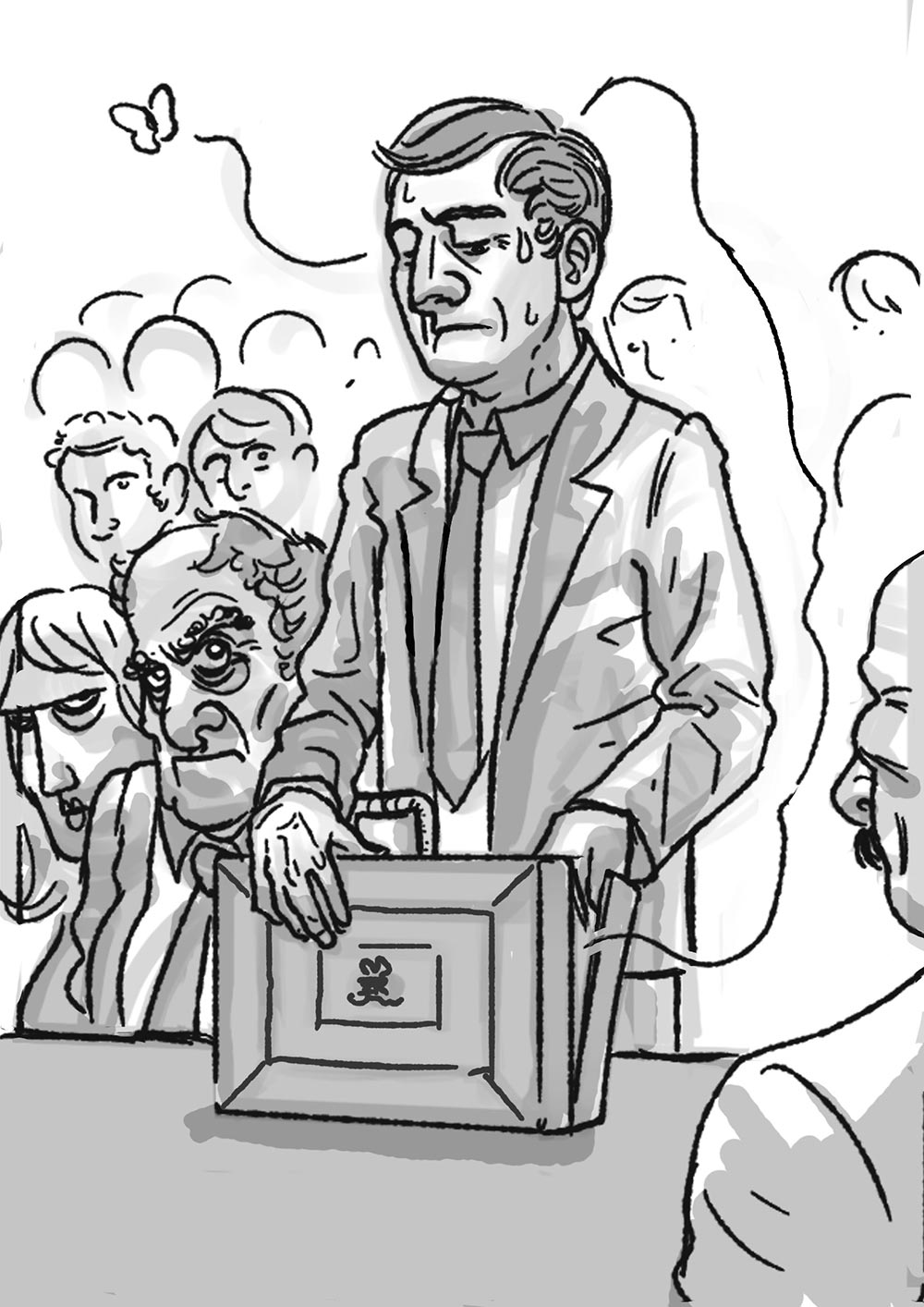 The future of Britain seemed heavy in his hands, yet the Chancellor thought little of it as he stepped out of 11 Downing Street. He carried with him the iconic red suitcase. Almost ceremonially, he raised it up to a sea of hopeful journalists and aware of the impending onslaught of questions, he disappeared into one of a long line of distinct black vehicles. They navigated London's winding streets with a certain urgency - for time was precious in the game of politics.

Upon reaching Westminster Palace the Chancellor was quick to enter the Commons, receiving a mixture of jeers and applause from each respective side of the house. He exchanged a smug grin with the man sitting opposite - a tacit acknowledgment of the discontent either had for one another. By name, this man was his ‘shadow’ but by nature he was to be his downfall. Yet the Chancellor knew such pleasantries would do little to suppress the imminent bombardment of scrutiny. Nevertheless, he positioned himself behind the dispatch box and awaited the prompt of the speaker.

‘Order! Order! To announce the budget of 55th Parliament, the Chancellor of the Exchequer!'

The Chancellor placed the suitcase onto the dispatch box before him. The decisions made from this box would dictate Britain’s future. The nation had been shaken by the likes of Churchill's declaration of war on Germany and Thatcher's last stand against socialism. Yet no-one, not the Chancellor, nor Prime Minister, not even the even the nation itself was prepared for this.

He opened the latches of the suitcase…then cursed under his breath.

No Oxford education could get him out of this one. It was empty. The Chancellor had forgotten the budget.